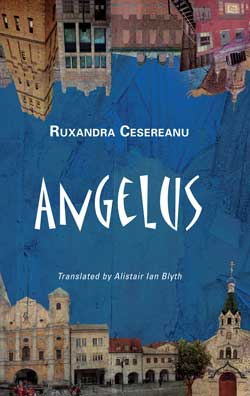 The Modern Novel site continues its focus on Diálogos books, this time with some long overdue attention to Ruxandra Cesereanu's Angelus. Like many of our authors, Cesereanu is little known in the US but well-known in her own country, Romania. Angelus is a thoughtful parable, complex and multi-faceted. Marius Conkan writes:

…Angelus raises a series of questions regarding the society in which we live, offering, at the same time, possible solutions to (or at least, hypotheses on) the revitalisation of the sacred and the resurrection of symbolic depth for a (post)humanity characterised by the atrophy of imagination and the hypertrophy of pragmatic reason.…Ruxandra Cesereanu, in her parable-like novel, begins with the following question: what would happen if angels were to descend upon a Metropolis one day?

John Alvey at The Modern Novel sums it up this way:

I have mentioned on various occasions that I generally do not enjoy the navel-gazing novels that seem to be particularly in vogue at this time but much prefer a novel that has a thoroughly original and, preferable, complex story, that is totally unpredictable, that discusses a realm of interesting ideas, that delves into the dark recesses of the human (and, at times, extra-human) mind and raises as many questions as it answers. If you share my view, you will thoroughly enjoy this novel. You will get lost. You will wonder what is going on but you will also smile, you will be surprised, you will have much food for thought and, above all, you will have a first-class read. 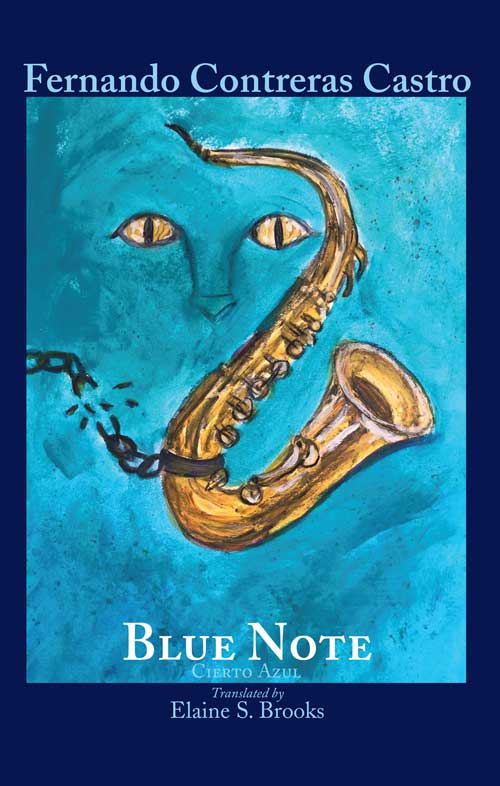 "Blue Note is a novel short in length but enormous in its depth…" says Benedicto Víquez Guzmán, and Diálogos is happy to announce the release of the English translation by Elaine S. Brooks this month. Fernando Contreras Castro continues his humane approach to the novel, this time with the story of a jazz group, told through the eyes of a precocious feline. "During the first instances of emancipation," writes the author, "the slaves appropriated the language of those in power and their instruments. Through language they entered the culture of the oppressor, but they never renounced their music, that shined through by way of the remembered blue note.…" 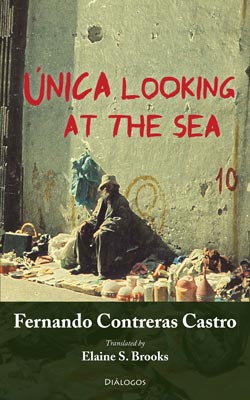 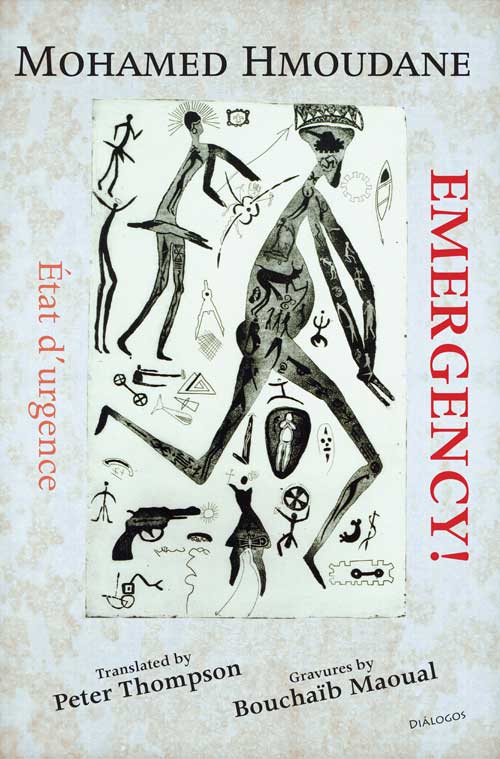 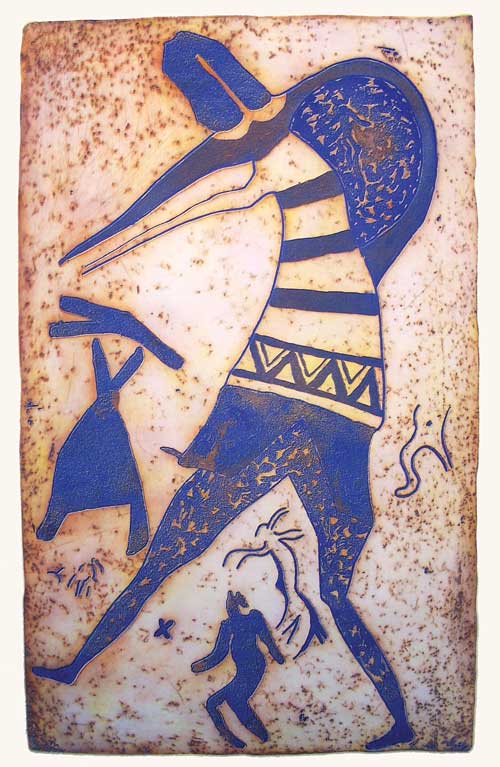 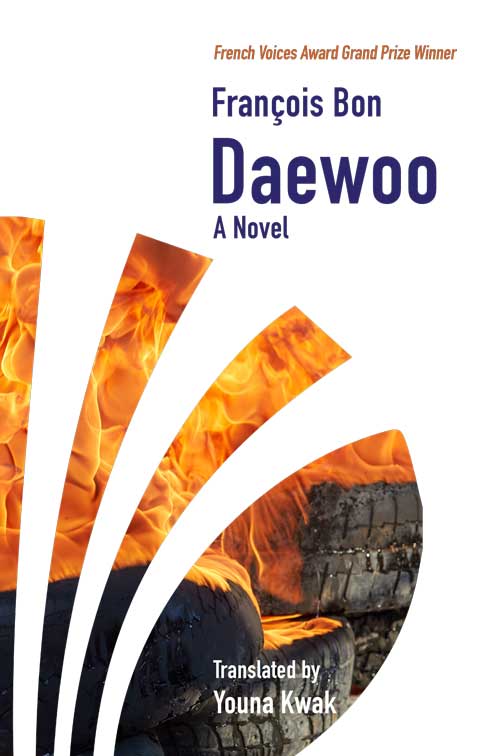 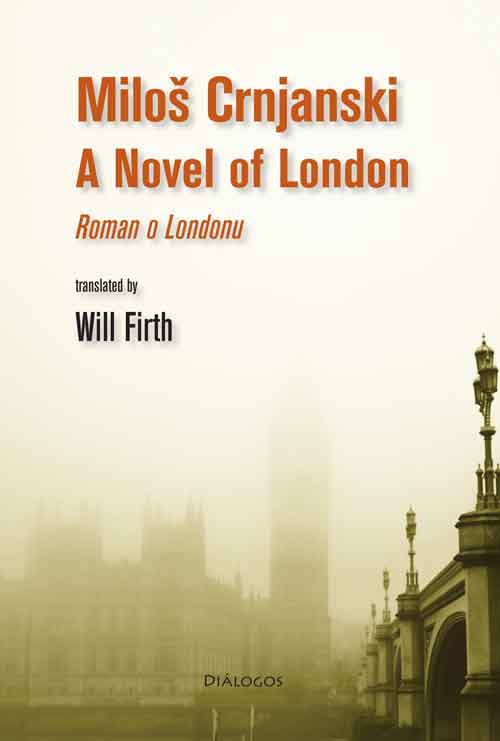 Despite its title, Miloš Crnjanski's  A Novel of London is far more than just a novel about London. As its hero wanders the streets and the bureaucracy of the bombed-out city in the wake of WWII, he encounters a host of émigrés from around the world, whose stories also unfold. A pan-European portrait of class structures and the real effects of the war emerges, a vision whose depth and scope may be unmatched in 20th century literature.

Crnjanski's 600+ page masterpiece of European Modernism is now available for the first time in English, thanks to Will Firth's labor of translation, three years in the making, with deep discounts offered this month. Pick this one and other special deals from our sale rack. 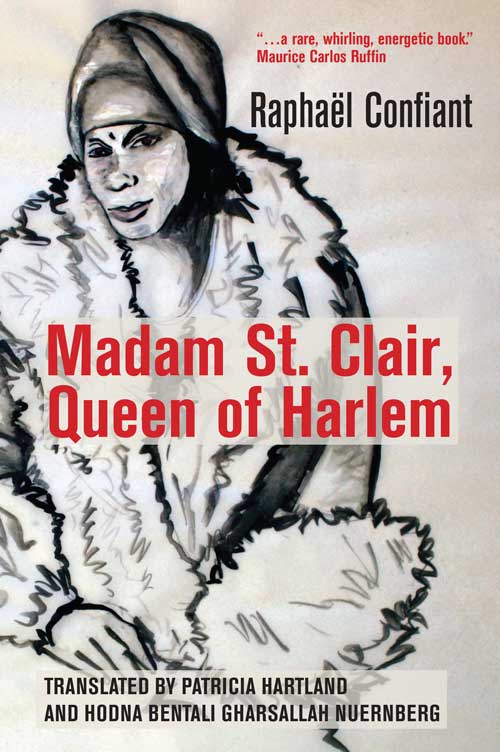 Madam St. Clair, Queen of Harlem is the story of a real-life woman’s rise from the slums of Martinique to the heights of Sugar Hill during the Harlem Renaissance. This remarkable story has been told before (for example in the 1997 film Hoodlum, in which Cicely Tyson plays Madam St. Clair). What is unique about Raphaël Confiant's contemporary telling is his focus on her early life in his native Martinique, as well as the complications that arose from her being a French-speaking black in Harlem. Confiant has devoted a long career (more than 40 books) to explorations of Martinican and Francophone diasporic culture. Many of his early works were written in Creole, though most of his later work, including Madame St. Clair, in French. Our edition is beautifully translated by Patricia Hartland and Hodna Bentali Gharsallah Nuernberg. 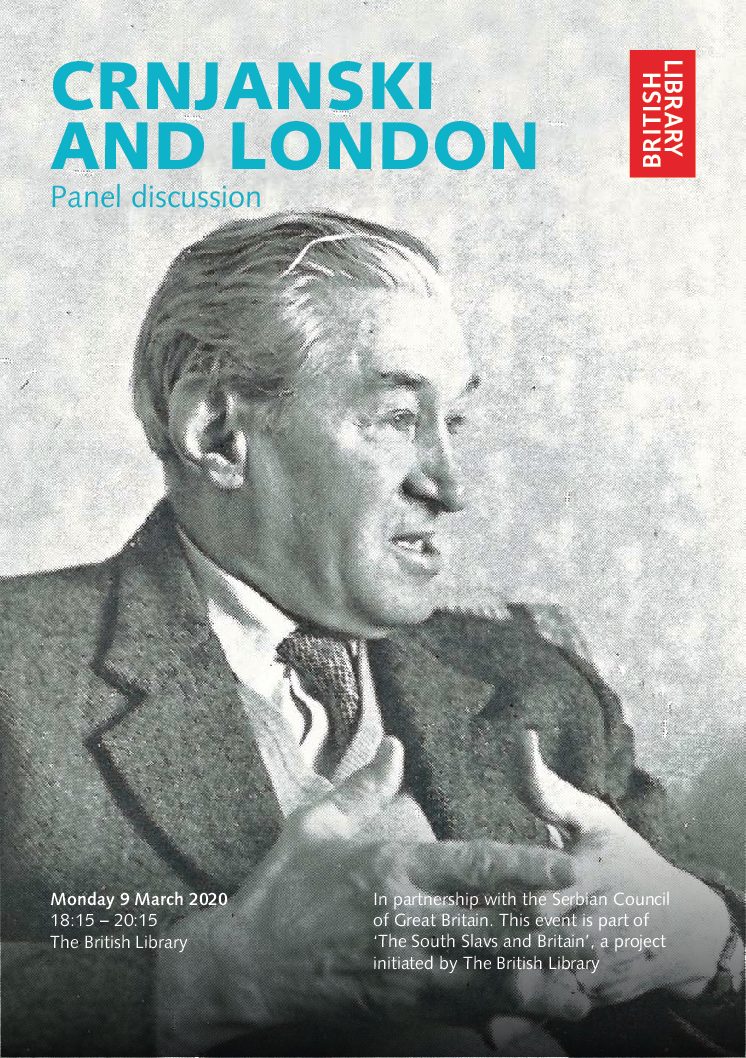 Miloš Crnjanski's A Novel of London will be the subject of a panel at the London Book Fair, March 9, 2020, at the British Library. The panel will feature the novel's translator Will Firth, Servian literary and cultural studies professor Dr. David Norris, Christina Pribicevic-Zoric, and Vesna Stanojevic. For those of you who will be at the LBF, here is the flyer with details for the event. Diálogos will, hopefully, be participating via Skype...

Rumor has it that Cat Painters: An Anthology of Contemporary Serbian Poetry will be this year's recipient of the Djordjevic Prize...

Diálogos is pleased to announce the publication of a new translation of French visionary poet Olivier Cadiot. Anna Fitzgerald's translation of his remarkable A Mage in Summer (Un mage en été, original published by POL in 2010), with an introduction by Cole Swensen, is releasing January 1, 2020, with pre-release pricing until then. The book features a cover photo—which is discussed at length in the text—by the great Nan Goldin, used with her generous permission.

Will Firth's article on translating Miloš Crnjanski's A Novel of London is out at Los Angeles Review of Books. It'll be a book very soon now. For a foretaste, we have posted the entire text of David Norris's excellent introduction here.

1I Got the Dog

6A Child of Many Waters

11The Albatross Around the Neck of Albert Ross

The Albatross Around the Neck of Albert Ross

12A Mage in Summer 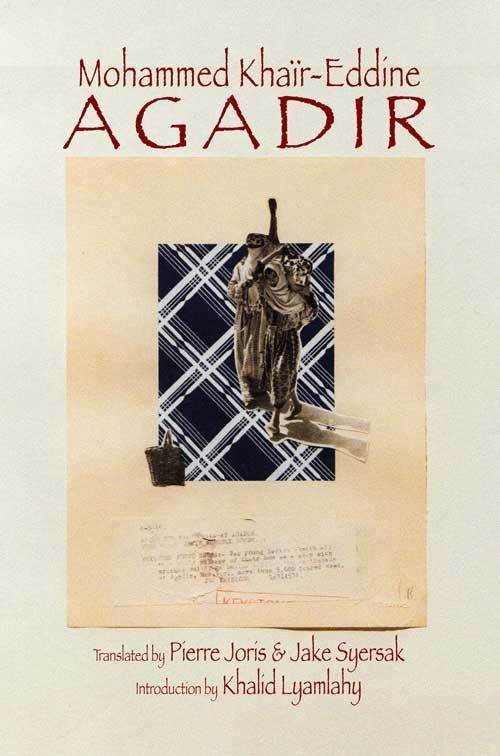 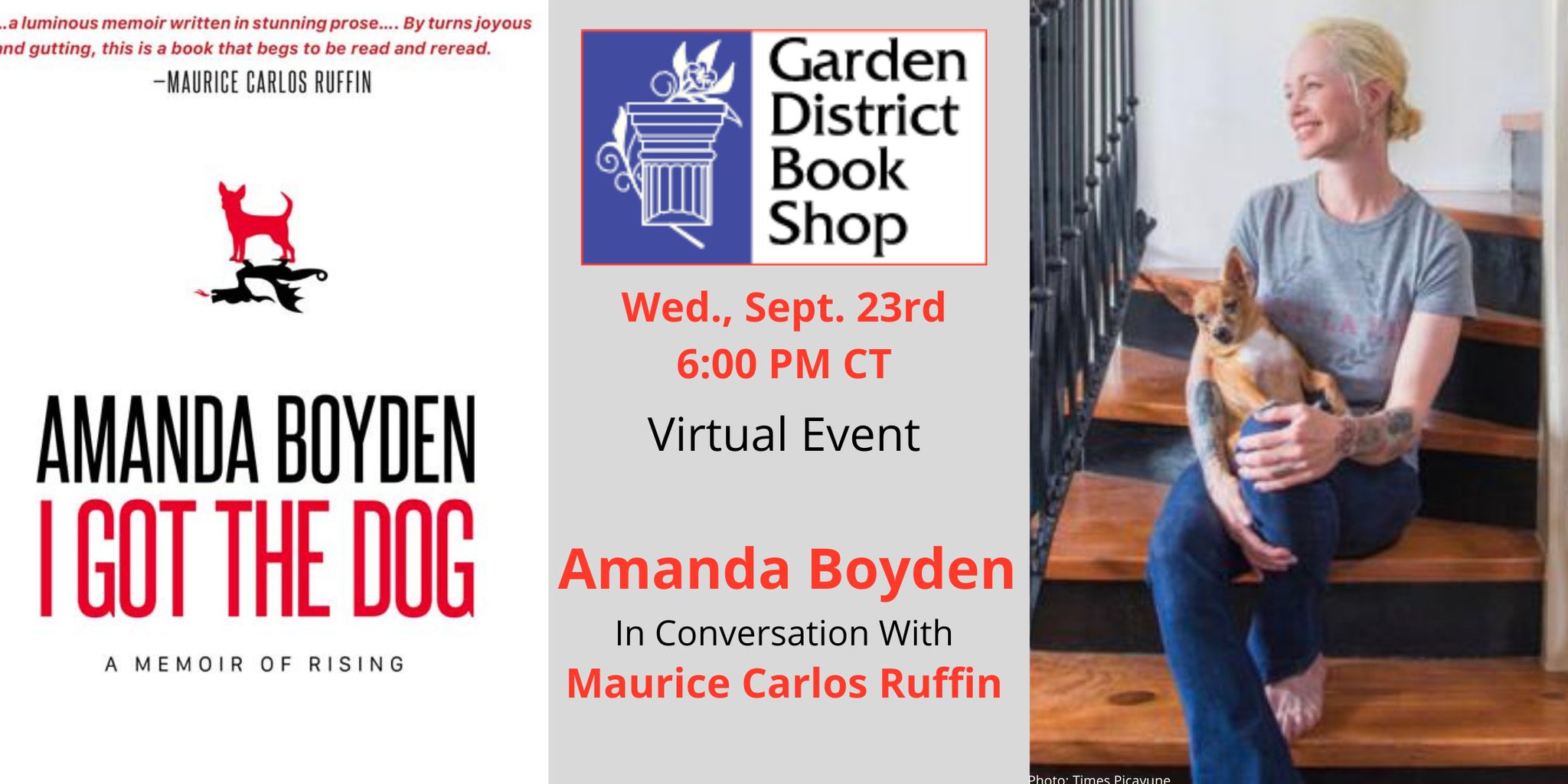 h J R
Lavender Ink @lavender_ink_pr @DentzShira: if you're interested in teaching THE SUN A BLAZING ZERO in your course this semester, @lavender_ink_pr is offering a class discount code! You can read what Srikanth Reddy, Catherine Wagner, Amaranth Borsuk, H.L. Hix, and Erica Baum say about BLAZING here: https://t.co/l0eAOvM4B3