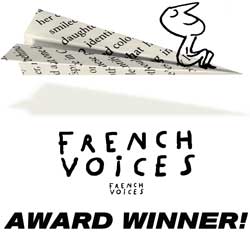 In this, the most recent of Olivier Cadiot’s visionary works to be translated, an unnamed protagonist, a mage, reflects on his own past and on history and just about everything else in a meditation set in motion by a photograph by Nan Goldin. In a narrative that transcends chronology and genre, Cadiot writes at the limit of prose, using photographic images to punctuate the text and the fleeting imagery of poetry to move through history and mythology.

From the Introduction by Cole Swensen

The truly uncanny aspect of Olivier Cadiot’s work is that it’s all true. Strange accuracies fly out of seeming absurdities, lighting them up from within. It’s a new take on realism that’s as optimistic as the 19th century version was pessimistic. Of course, the definition of realism is endlessly debatable—and endlessly debated—and while Cadiot himself would, no doubt, never have used the term, his work, fueled by a raging exuberance, keeps bringing us up, face-first, against visceral moments of pure presence—than which no realer thing could or can be found.

And then there’s the woman who opens the book; she’s real; her name is Sharon, and she is standing in a river, and the well-known photographer Nan Goldin is there too, standing just outside the frame, but because it’s the frontal frame that she’s exceeding, she’s suddenly occupying us—and /or we’ve just displaced her. It’s a jolt—and one that locates us even more firmly in the real that this work constantly unpeels.

Meanwhile, Sharon is still in her river, occupying it in order to in/con/re or simply fuse it, in order to create a liminal space, a space that is 100% liminality; therein the body can only dissolve, managing the metaphoric and the metonymic with a simultaneity that allows each to open the other on up. Charging the water: Sharon arcing—rather electrically—between a concrete visibility and a nether, and further, region of open interpretation—where the mage can take hold. This, in a reductive and wayward sense, is the essence of the book.

—Charles Bernstein, author of Near/Miss and Pitch of Poetry

“More improbable than Nadja,” as Cadiot says, but his book is also more intimate than that one. We share his intimacy with color and light. More than any recent prose, this book makes us intimate with an artist’s sense of possibility. Ginberg’s “democratic eyeball particulars” teaming up with Robbe-Grillet’s proof that a physical particular can be made a prose event, a prose intrigue. Anna Fitzgerald’s translation sagely pares away French syntax, which would have created a rhetorical counter-current in English. She recognizes the dynamic range of this inventiveness—a flow that branches away from stream of consciousness. Her images blaze.

There are no reviews yet.

Be the first to review “A Mage in Summer” Cancel reply